One of the biggest manufacturers of electronic products worldwide is Samsung, a South Korean business. Appliances, digital media devices, semiconductors, memory chips, and integrated systems are just a few of the consumer and industrial electronics that Samsung specialises in producing. A quarter of South Korea’s total exports are produced by this company, which has emerged as one of the most renowned names in technology. 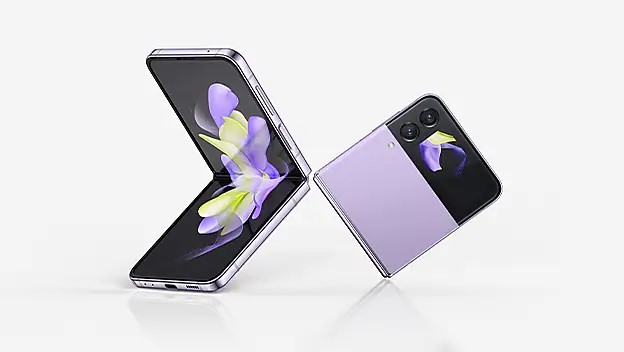 Another significant global manufacturer of the top smartphones on the market is Samsung. Here are a few benefits of choosing Samsung over other smartphone manufacturers.

Samsung devices use the Android Operating System, this is an open-source mobile operating system that Google created with touchscreen gadgets, mobile phones, and tablets in mind. Because of the way it is made, users may operate their mobile devices naturally using finger movements that mimic regular actions like pinching, swiping, and tapping.

Samsung has an amicable user interface giving one the ability to change fonts, themes and icons look.

There are a ton of apps available, to be exact. As the largest app store in the world based only on the number of apps, Galaxy Store/Google’s Play Store has maintained its upward trend. Its depth and variety of options seem to go on forever.

The usual response to this is that what matters is app quality, not app quantity. With more than 3 billion Android devices currently in use worldwide, however, very few reputable app developers are excluding Android from their development plans at this time. Almost all of your favourite business and entertainment apps are available for download on your new Galaxy phone, except a few exclusive ones.

Samsung Galaxy devices come with a variety of camera setups, all of which are intended to make it easier for even the most novice photographer to capture stunning photos. You can edit pictures and videos right on the device thanks to the camera app’s robust editor. Large sensors allow you to snap excellent pictures in low light, and Portrait Mode lets you control background blur. 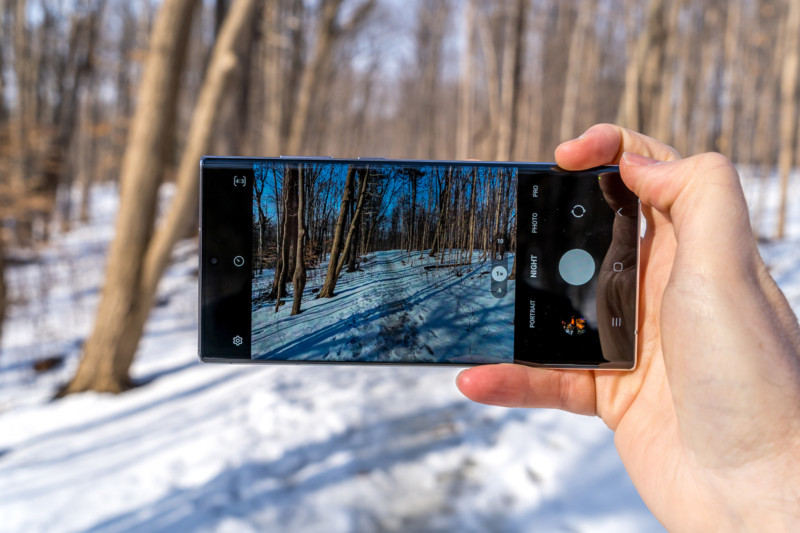 The newest Samsung smartphones also come with Director’s Mode, which enables rapid switching between lenses and simultaneous recording with both the back and front cameras. Additionally, the Galaxy S22 Ultra lets you take pictures with a 108MP resolution and record videos in 8K, allowing you and your staff to showcase your business in the best possible light through your branded material. Another excellent alternative with a capable camera is the Galaxy Z Flip4. To take incredibly steady pictures and films without a tripod, put it down and go hands-free. This will allow your work to stand out.

Samsung DeX may be the main driver for your switch if you’re seeking one. By combining a keyboard and mouse with DeX, your Galaxy smartphone can operate in a full desktop environment when connected to a display or smart TV. Taking multitasking one step further. In Samsung DeX mode, you can still use your phone as a phone while getting a closer look at items like videos, artwork, and documents on a bigger display. While checking texts or papers, you can watch movies on the monitor or talk on the phone without losing focus. With Samsung DeX, you can accomplish twice as much on two screens. 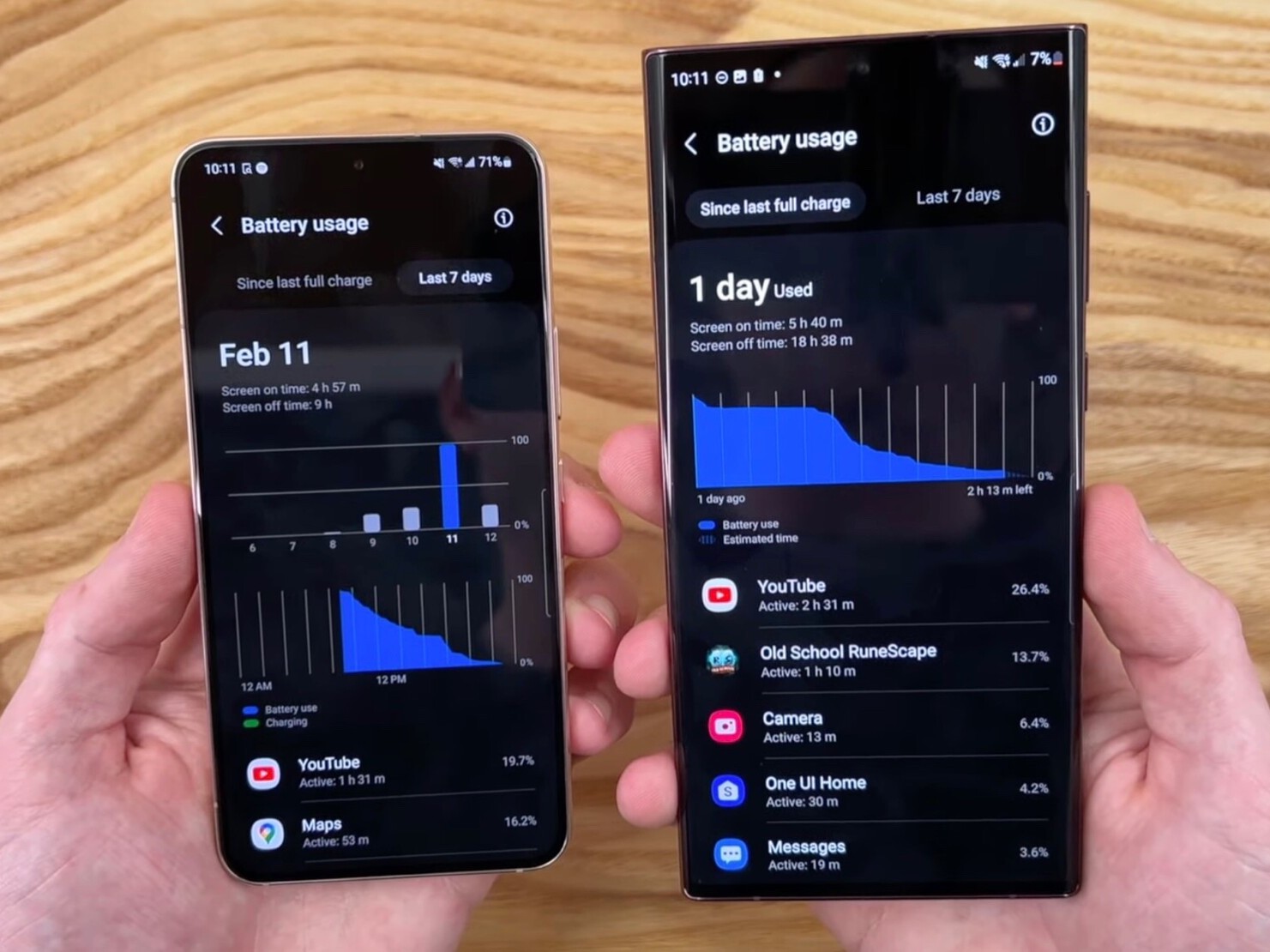 You shouldn’t worry about your mobile device’s battery dying throughout the day. With Super Fast Charging, which draws up to 45 watts of power when plugged in and provides hours of juice in just minutes, the most recent Samsung devices allay these worries. Additionally, an adaptive power-saving mode that minimises the programmes and features you don’t frequently use provides several days of battery life without recharging.

The best part is that you can give a coworker, or even a customer, some extra battery life for their phone when they need it thanks to Wireless PowerShare (available on a few devices). Placing your Galaxy Buds on your phone will also improve their performance.

Samsung makes use of KNOX SECURITY; Samsung’s defence-grade mobile security platform built into their latest devices. Governments and major corporations both trust it. They are not the only clients who gain, though. Real-time mobile protection and encryption are available to all Samsung Galaxy users as soon as they turn on their devices. 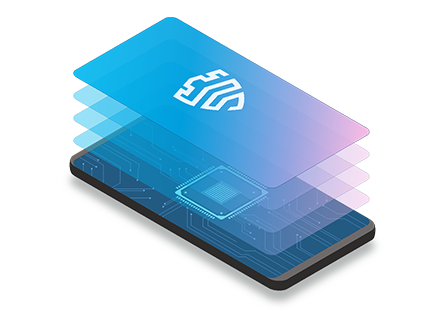 Knox Vault elevates things to a new degree and was first introduced on the newest flagship phones. Knox Vault enables you to securely store your most sensitive data, including PINs, passwords, biometrics, authentication keys, Samsung Pass, and more, behind locked doors by fusing tamper-resistant Secure Memory with a Secure Processor.

Nobody else should be able to pick up your mobile device when you’re not using it and get past the lock screen. Biometric authentication will be the only option that effectively balances security and user comfort.

Advanced biometric authentication options have been pioneered by Samsung Galaxy handsets. Ultrasonic fingerprint ID, which debuted on the Samsung Galaxy S10 and S10+, creates a 3D image of your fingertip using a unique in-display sensor, providing greater accuracy than conventional capacitive sensors. The majority of Galaxy smartphones also feature facial recognition, allowing you to quickly unlock with a glance. 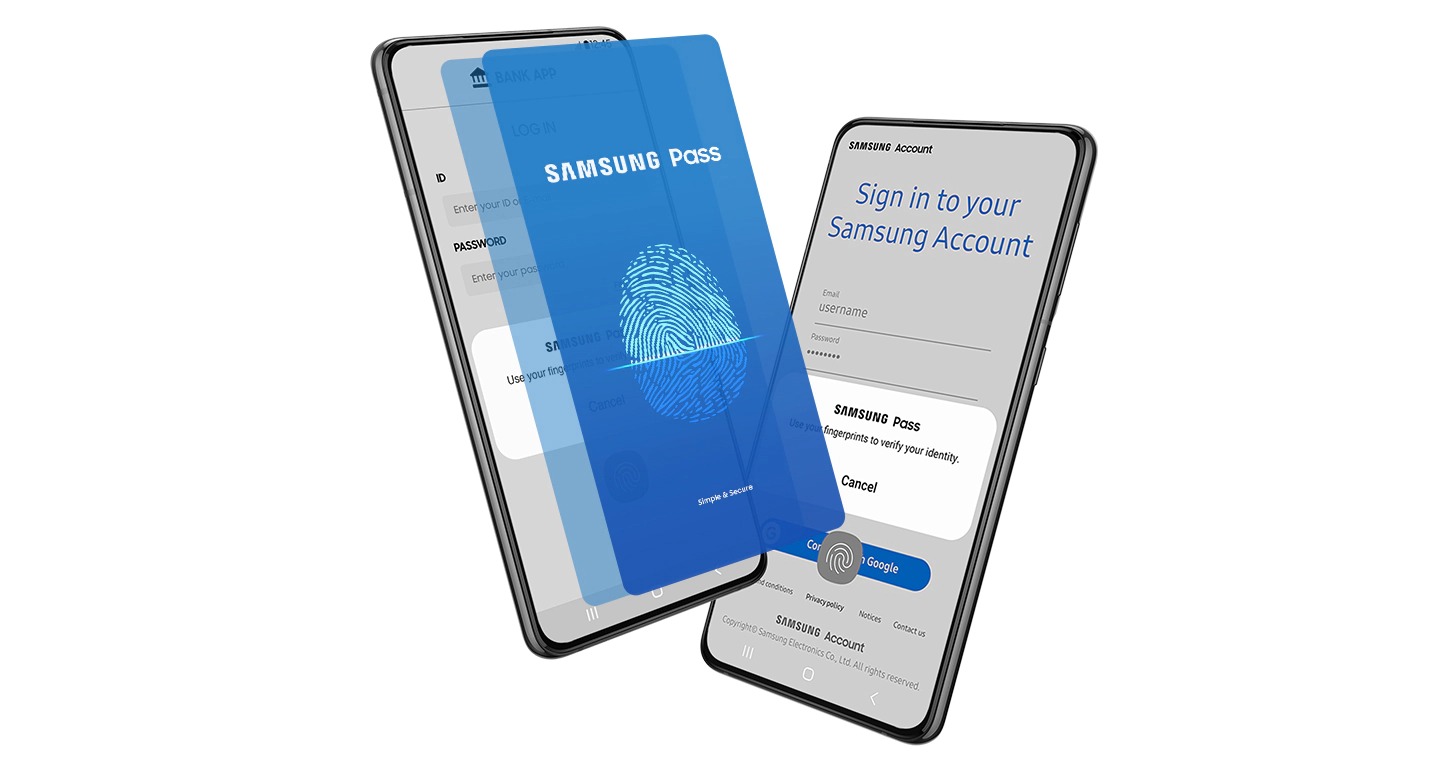 While Samsung’s smartphones have all long supported fast charging, the company have introduced Super Fast Charging technology to an increasing number of products. Both high-end versions like the Galaxy S22 series and affordable ones like the Galaxy A53 have the feature. Whereas before you would have needed to wait a couple of hours to have enough juice to begin going, this function allows you to fill out the battery in only a few minutes. 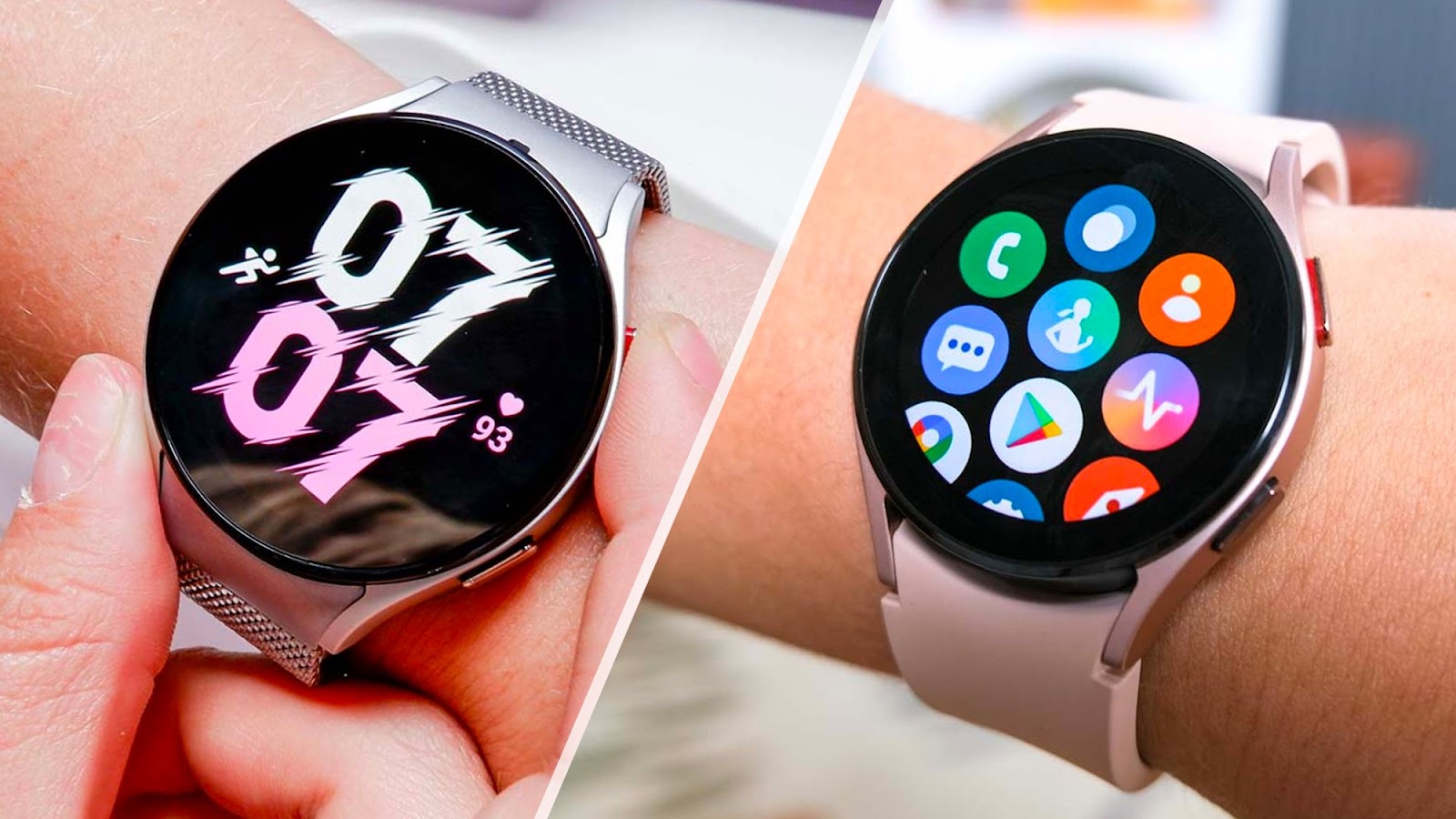 Samsung offers a wide selection of wireless earphones and smartwatches, all of which are compatible with one another in the seamless Galaxy ecosystem.

Think about the most recent Galaxy Watch5 and Galaxy Watch5 Pro, which let you answer a phone with a hand gesture, send automatic emails, and receive real-time feedback while you’re on the road. For another option, check out the Galaxy Buds2 and Galaxy Buds2 Pro, which have two microphones to detect background noise and Active Noise Cancellation to shut out background noise so you can stay completely immersed.

It’s simple to get sidetracked and worry if the laundry is done or if you left a light on upstairs as more of us work from home. With the help of the Samsung SmartThings platform, Galaxy users can get all of their notifications on a single device and directly operate anything from the TV to the thermostat, allowing them to concentrate at work and unwind at home.

Even if your smartphone has been broken into, there are still additional ways to safeguard your most crucial information and applications. Your most private apps and content may be kept isolated in a Secure Folder, which also keeps everything safe.

Consider a Secure Folder as a secured, private container on your device that you must authenticate in order to open. You may move files and programmes into the Secure Folder and even run the same app twice—once on your normal home screen and once in the Secure Folder. You pick whether to use a password, PIN, or biometric identification to unlock your Secure Folder.

Your missing phone is tracked by Samsung’s free Find My Mobile service utilizing wireless network data and location data gathered by Google. Once Find My Mobile is enabled, you can use any web browser to locate your Samsung device. You may locate your handset on a map and receive updates every 15 minutes if its location is moving if you ask to Find My Mobile to “Send the latest location.” Other wonderful features include the ability to have your phone ring loudly even when it is set to vibrate and the ability to display your contact information on the screen so that anyone who discovers the device can call you.

Samsung has been purchasing its parts at lower costs from numerous vendors throughout the world. This means that because they save money on these components, they can pass those savings along to their customers as well. Due to their excellent specifications, Samsung handsets may almost equal the performance of high-end mobile devices for less than £500.

Apple’s target market consists of people who can buy expensive premium cellphones. Although they have introduced iPhones that are more affordable, most of their products are still on the pricey side. Samsung, on the other hand, chose a different strategy by providing affordable, mid-range, and expensive phones to fit everyone’s budget, making their smartphones more approachable to a larger population of smartphone users.