Lionel Messi is set to have his World Cup success honored by Paris Saint-Germain at the Parc des Princes but Kylian Mbappe will not be present for the event.

Messi was the hero in Argentina’s remarkable final victory over France but the superstar was beaten to the Golden Boot by his club team-mate, who netted a stunning hat-trick in the showpiece event at the Lusail Stadium which may be remembered as the tournament’s greatest ever final.

Messi, 35, broke multiple records in the final on his way to finally getting his hands on the trophy that had previously eluded him during his career. The superstar had appeared to suggest that this year’s World Cup would be his final edition of the tournament ahead of leading the South American nation to their first title since 1986, winning the FIFA Golden Ball award for best player in the competition. 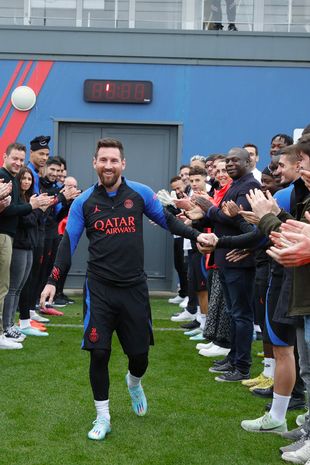 The Argentine will play for PSG for the first time since the tournament, having been granted a leave of absence for the Ligue 1 clashes against Strasbourg and Lens, alongside the Coupe de France win over Châteauroux. His return coincided with Mbappe and Achraf Hakimi being granted time off by the club.

“Hakimi and Mbappe will have a few days off,” PSG boss Christophe Galtier confirmed earlier this month after PSG crashed to a 3-1 loss at Lens – their first domestic defeat of his reign and first since March last year. “The plan was that they could play these two games. They will now recover.”

Messi is now in the PSG squad for Wednesday’s league clash against Angers, but neither Mbappe nor Achraf have returned to the squad. Coincidentally, Le Parisien reported that the duo are set to return to PSG training on Thursday morning – just hours after Messi is set to be honored for his Argentina World Cup success on the pitch.

Mbappe, PSG’s only representative in the French World Cup squad, was mocked by Argentina goalkeeper Emi Martinez in the victors’ celebrations. However, Galtier insisted any bad blood would not impact the forward’s relationship with Messi.

“I would focus on the relationship between them,” the manager said. “It wasn’t Leo Messi winding anybody else up. What I saw after the final, what I have experienced, is there is no reason to mix these things up because the goalkeeper’s behavior is down to him. 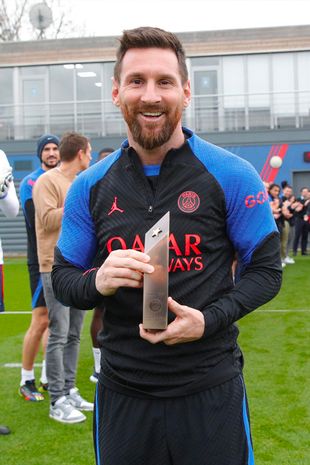 “What matters to me is the relationship between the players. Kylian Mbappe had a very good attitude, despite losing. Of course, he was very disappointed, but he did that in a classy way. He congratulated Leo Messi and that is a very good thing for the club and for the team.”

The Top 10 Superhero Games Of All Time, you wouldn’t want to miss
Next Article

Joao Felix leaves Atletico Madrid for Chelsea on loan until the rest of the year.
Leave a comment